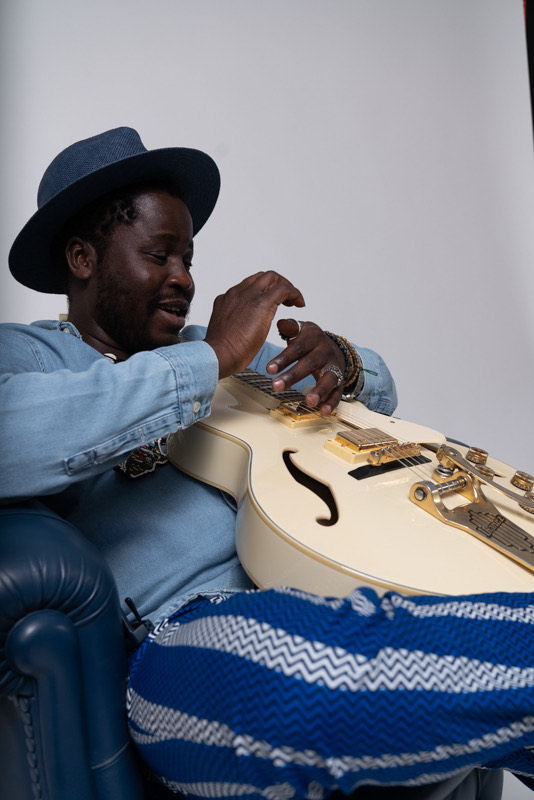 From Playing with Symphonic Orchestra in the Netherlands to Performing the Role of principal tenor in Bode Omojola’s African Opera with Mount Holy Orchestra In U.S , Adedeji has become a force to reckon with. A modern Griot , prolific singer, Guitarist and multi instrumentalist, born and raised in the vibrant city of Lagos West Africa and has spent the last decades shuffling Lagos and Europe.

He studied music technology at the Polytechnic, Ibadan for two years, and creative art at the University of Lagos. He has Diploma, Associates and Licentiate degrees in Performance from the London College of Music, and is a graduate of Jazz Guitar/ Vocals at prins claus conservatory of the Hanze university Netherlands, where he won the 2012 VNO NCW Noord Talent Award.

His album Afreekanism was no 4 on Japan world music category 2017 with reviews on jazz corner in the U.S. Newark top 40 chart ,Mi2n and more ,its been receiving airplay in the states,Netherlands,Spain, Greece and Nigeria.

His new album which is set to be release on the one world record label in Denmark is a progressive Jazz-Funk influenced vintage Afrobeat Yoruba eclectic sound that greatly reflects his growing up in the metropolitan city of Lagos.

A 10 track educating, entertaining,Afrobeat Jazz, feel good, funky album that chronicles his interpretation of the music and artistes that has influenced him.